Laborers' Local Union 1191 was chartered on September 17, 1937 by the International Hod Carriers', Building and Common Laborers' Union of America, which is known today as the Laborers' International Union of North America (LIUNA).

With relentless dangerous working conditions, poor wages and little respect on construction projects, Local 1191 was formed to represent skilled construction workers performing work on buildings to tunnels to railroad work within its jurisdiction of Wayne County. In 1962, LIUNA awarded Local 1191 all State Highway Construction which included airport and bridge work throughout Michigan. Over the years, the jurisdictional scopes of work and areas have been modified.

The headquarters of the Local 1191 has been at several locations from a refashioned private home to its present day location, which was constructed brand new and dedicated in 1976.

In the 1960s, as equal rights for all came to the forefront throughout the United States, it also made its way to Local 1191 through the diverse leadership of Elijah Washington, Henry Matthews, Sam Pulice, Hosiah Brooks, Eugene Crowley, Albert Green and Lee McKay. The diversity of Laborers' Local 1191 is ever-present today as represented by the current officers, staff and union membership.

Most importantly, this leadership engaged in serious uncompromising representation of the membership. Good contracts were negotiated with the employer associations and membership's wages continued on a steady climb upwards. But, they were also leaders in creating health, pension and legal services benefits. 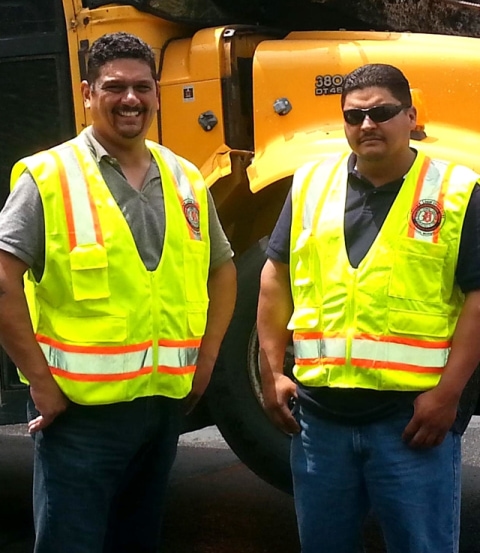 With each new stream of dedicated successors, Local 1191 continued to make history such as the creation of Laborers' Local 1191 Employers Cooperation & Education Trust Fund; a Political Action Committee; and a partnership in stronger work zone safety through the "Give `Em A Brake" campaign.

Over time, stronger alliances have been built with contractors, contractors' associations and other unions that became the model used today for joint employer-labor agreements.

What was begun by a handful of pioneers is the history and tradition of this current leadership---the absolute dedicated service to the representation of all members of Laborers' Local Union 1191.